It seemed as though The Heirs was going to be the Hit of the Year with a cast including Lee Min Ho, Park Shin Hye, Kim Woo Bin, and Choi Jin Hyuk.

Not only that, but the screenplay was penned by none other than Kim Eun Sook who has a history of hits such as Lovers in Prague, On Air, City Hall, Secret Garden and A Gentleman's Dignity.

Not that the ratings for The Heirs were bad; the drama pulled in a decent nationwide average of 16.7% (AGB Nielsen). But as delicious as it was, it left an unsatisfying emptiness as if it were some sort of Kdrama fast food.

What really happened in the 20 hours we spent watching? Not much. Boy and girl from different backgrounds met. His parents disapproved and tried to keep them apart. Conflicts that were presented as insurmountable, evoking much teen-aged angst, fell away quite easily in the end. A bunch of other teenagers had conflicts of their own. And thus passed a school year - the end.

Ah, but the charm of the series was in the small moments. Emotion filled pleas, Kim Tan (Lee Min Ho) slipping the elastic off of Cha Eun Sang's (Park Shin Hye) hair, sudden displays of affection. Tan pushed. Eun Sang pulled. And you had to wonder if you should really care about this superficial relationship because they never really got to know each other.

Then there was the love-hate bromance between Kim Tan and Choi Young Do. The balance between Lee Min Ho's smoldering subtlety and Kim Won Bin's expressiveness created an intriguing dynamic. I was rooting more for their reconciliation than for either of them to win the girl.

Young Do's confused expressions of love for Eun Sang were probably the most interesting of the series. Although his immature behavior was distasteful, it did evoke an emotional response that grew as his character developed. It was hard not to wish he could end up in the comfort of a loving relationship.

Kim Woo Bin was my favorite part of the drama by far because he has the ability to wear his heart on his sleeve. Every thought and emotion that Young Do experienced showed on his face. Woo Bin suspended my rational thought and made me fall in love with a psycho.

Kim Tan and his brother Kim Won (Choi Jin Hyuk) shared a complicated bond that demanded my sympathy. Here were two brothers who were manipulated into playing their parts in the cutthroat business environment that extended to family life, when they could have grown up quite happily together. It was a tragic dynamic with too simplistic a resolution.

BONUS: There were some good scenes that could be edited nicely for a slash fan vid with a Lee Min Ho/Kim Won Bin/Choi Jin Hyuk triangle. Just saying. Solanyxe could do wonders with this material!

My favorite couple was Yoon Chan Young (Kang Min Hyuk) and Lee Bo Na (Krystal Jung). Their seemingly opposite personalities were completely compatible in such an amusing way. As a bonus, they got to play out a dramatic scene with paintball guns that hearkened back to North Korean spy movies I'd seen. They were in a word, adorable.

There were cute little bromantic flirtations as well. Lee Hyo Shin (Kang Ha Neul) claims to be with Kim Tan on a couple's retreat. Jo Myung Soo (Park Hyung Shik) shared moments with Choi Young Do as well. Ah pretty boys being charming with each other is always a treat. 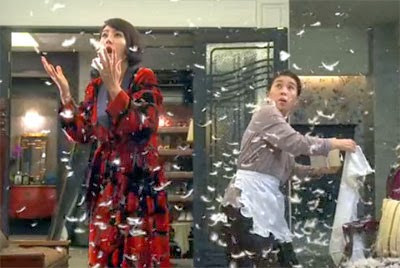 Han Ki Ae (Kim Sung Ryung), Tan's mother, and Park Hee Nam (Kim Mi Kyung), Eun Sang's mute mother had a conflicted but endearing relationship. In fact all the side characters were cast very well and had their own concerns that were touched lightly upon throughout the series and then resolved.

And Cha Eun Sang cried throughout the entire thing. No threat or conflict was particularly epic or persisted for very long, but somehow, it was always the end of the world for poor Eun Sang. Maybe that was part of the attraction for Tan and Young Do, but it tired me out. 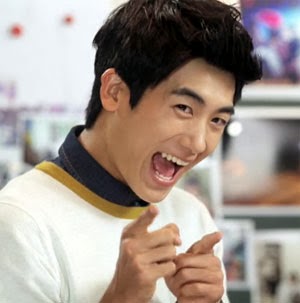 The Heirs was light fare, provided by a group of very talented actors. So though it wasn't filling, it did satisfy my sweet tooth. If there had been a solid story of the caliber Kim Eun Sook is known for, to string all these cute, poignant, hilarious and relatable magical moments together, this could have been one of the great dramas of all time. Instead it's a pleasant collection of memories, but I can't be too disappointed because it was a lot of fun.
Posted by Panda at 9:05 PM