A247 x International Fangirl: "Feels So Good" to Give-Away 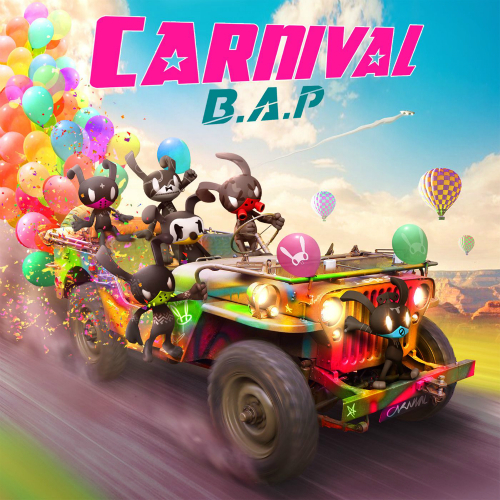 International Fangirl is a proud sponsor of Asia 24/7's 5th Anniversary Week. We're kicking it off by giving away one copy of B.A.P's Carnival album.  Enter to win by:

The winner will be announced on April 22nd.  Good luck!

High-End Crush is a 20-episode web drama about the CEO of an entertainment company who has everything he could want until he meets a woman that he can't bend to his will. Choi Se Hoon (Jung Il Woo) is cold, temperamental and arrogant. He also has the golden touch, so everyone caters to him. Yoo Yi Ryung (Jin Se Yun) was raised in the mountains by her grandfather who passed away. She had no clue about the entertainment world, but finds herself caught up in Choi Se Hoon's business anyway.

The Good:  Jung Il Woo was completely and thoroughly amazing in his role. He was explosive, funny, tender, and fully invested in all of his scenes. The bromance between Choi Se Hoon and Section Chief Heo (Lee Shi Un) was hilarious and touching. They had more chemistry (and I think more love from the viewers) than the main couple did. The side characters were funny and distinct, and having Bora and Monsta X in the mix was a fun bonus.

The great thing about a web series is that you get your kdrama trope fix in under 20 minutes. The pacing is fast, and each episode ends at a tantalizing moment, keeping interest high. High-End Crush did not falter in this respect and I was glad I waited until all episodes were out so I could marathon to my heart's content.

The Bad: Jin Se Yun. I don't understand how she gets cast for major roles opposite talented actors. She's one of the worst actresses I've ever seen. Her mind appeared to be blank throughout the drama, and she just looked off to the side as her go-to expression. Luckily Jung Il Woo is powerful enough as an actor that he created chemistry all on his own. Jin Se Yun contributed nothing. I can only imagine that her family has connections to get her into these roles. Such a shame because this drama could have been perfect if only she wasn't in it.

Still, I have to stress that Jung Il Woo and Lee Shi Un make High-End Crush worth watching. I highly recommend it to those who like a good romantic comedy that highlights an awesome bromance.

One More Happy Ending is a 16-episode romantic comedy about a group of ex-idols, now 30-somethings, who are looking for fulfillment in their relationships. The story centers around Han Mi Mo (Jang Na Ra) who owns a matchmaking company for divorcees, and who is desperate to marry for the second time herself. Song Soo Hyuk (Jung Kyung Ho) is a single dad and gossip rag reporter who had a one sided crush on Han Mi Mo in elementary school. The two run into each other while Song Soo Hyuk is pursuing a story, and discover that they live right across the hall from each other.

The Good:  There were a lot of charming scenes that make this a very likeable drama. The two men in our romantic triangle were heartfelt, and then there was Conan O'Brien whose Korean was painful to listen to, but I applaud him for doing it. 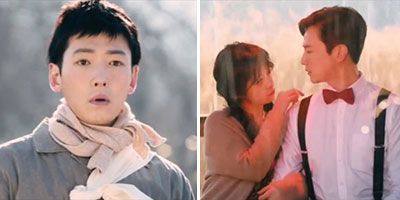 As a bonus, there were period scenes parodying other dramas that poked fun at our triangle. The flashback scenes from Han Mi Mo and Song Soo Hyuk's childhood were also cute and touching. Child actors, Lee Young Eun and Choi Kwon Soo did a great job. 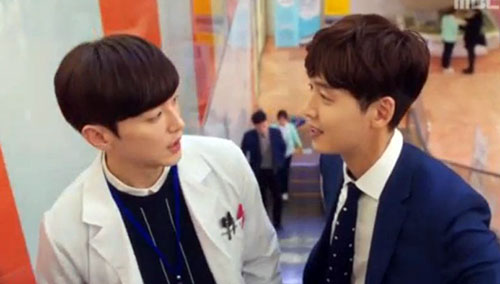 There was bromance! Emotional and hilarious bromantic scenes between Song Soo Hyuk and Goo Hae Joon (Kwon Yool) in addition to their college-days flashbacks made for a painful conflict when they both went for the same woman.

Aside from our triangle (and Conan), the rest of the characters are compelling. Go Dong Mi (Yoo In Na) is a style-challenged elementary school teacher, desperate for love, but her relationships always come with complications. Baek Da Jung (Yoo Da In) is trying to keep her family together, but her husband wants out of the cold marriage they have. Hong Ae Ran (Seo In Young) struggles with business and aging, and is hesitant to settle down with the man she's dating. Each character grew and changed as they learned from their relationships, and there were some twists and turns along the way making the story somewhat unpredictable.

The Bad:  Our leading and second leading man were attractive and evoked sympathy while they were single, but once they were in a relationship, they were completely obnoxious. I really couldn't stand either of them. And once Han Mi Mo stopped being a vapid goldfish, the obstacles thrown in to trip up the main couple's pairing were superficial and silly. The side characters had storylines that were more interesting and meaningful. If some of that authenticity could have been applied to the main couple, especially towards the end, I think the drama would have come together better.

The lack of substance and cohesiveness with the main storyline is what probably hurt its ratings. One More Happy Ending finished with a nationwide AGB Nielsen rating of 3.0%, though it averaged 5.2% overall. Despite the drama's flaws, it was entertaining and ended in a satisfactory way, so it's worth watching once you're caught up with your other dramas and want something to pass the time.