When Batzy-chan first gave me the heads up about Emergency Couple, I wondered who she was watching it for, the sexy charismatic Choi Jin Hyuk, or Running Man's fabulous female, Song Ji Hyo. (Batzy-chan is a Running Man fanatic!) Whichever the case may be, we were both quite excited for this show to get underway. 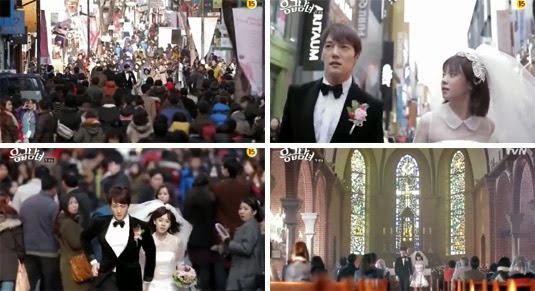 We start off with some beautiful romantic imagery as our couple runs through the streets to get married. Their pursuers were, of course, sent by the rich disapproving family to stop them, but love prevailed! Even though Song Ji Hyo's wig looks terrible, I don't care; she's cute, her groom is cute, and they're just so cute together!  But then...

A War of the Roses vibe takes over and it's kind of excruciating. And not in a good way! I made up my mind that they don't make a good couple, they shouldn't be together, and I hope they don't end up together! If the writing is good, it will change my mind as things move along, but at this point, I have my eye on someone else for Song Ji Hyo's Oh Jin Hee. Choi Jin Hyuk plays Oh Chang Min who I started to have a little pity for, but have decided he's a total jerk and doesn't deserve it!

I have to admit, though, that after their first round of conflict, this couple is quite entertaining in their abject dislike for each other. Instead of analyzing how each performer was approaching their character, I got sucked in and just believed in their characters, which is such a treat. 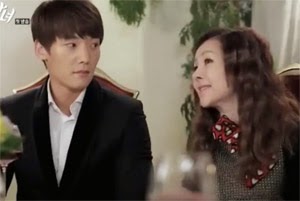 The supporting cast holds a lot of talented familiar faces including Park Joon Geum who played step mother to Choi Jin Hyuk's Kim Won in The Heirs. That ahjumma killer, Jin Hyuk, convinced her to come over and work with him again without delay. I'm kidding! How would I know about something like that? 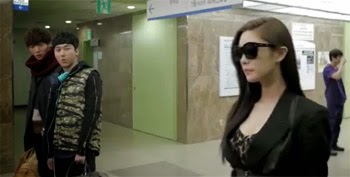 At first glance, you might think that the boys are being pigs, but really, this woman's skirt was so short it was too indecent for me to post! I'm beginning to think that Emergency Couple will show men and women, being the worst they can be, but in hilarious ways.

﻿Our interns led by Chief of Emergency Medicine, Gook Chun Soo, played by Lee Pil Mo, has a lot of potential for mayhem and misunderstandings. I haven't seen anything that Lee Pil Mo has been in, but I like him! He had me at "Crazy bastards." 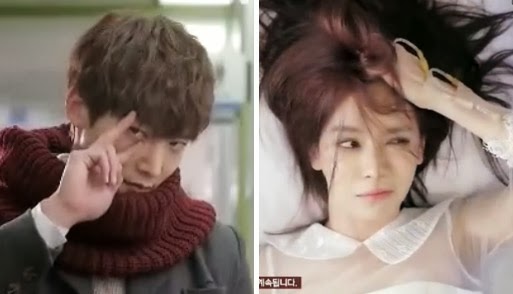 At the start of the episode, I was unsure about whether I wanted to keep watching, but by the end of it, I was looking forward to more. Granted, the plot is bound to take us down a predictable path, but perhaps not in the same old fashion, and I'm sure there'll be twists and turns along the way. Plus, look at how adorable our leads are!
Posted by Panda at 12:52 PM