With all the dramas and projects I'm juggling, I might have missed out on this gem if not for the enthusiastic recommendation of Nelly who loves it so much. Thanks, Nelly!

The exceptional Lee Bum Soo plays Kwon Yul, Korea's youngest prime minister. He's a righteous and honest widower who is great at his career, but drops the ball when it comes to parenting.  Im Yoon Ah plays the young bumbling reporter Nam Da Jung, who is impulsive and a bit of a ditz.  When they're involved in a misunderstanding that turns into a scandal, they have to fake a loving relationship to save both their reputations.

The face they have to show the public is one of happy congeniality, and they do it well, especially when they become strained and stiff from being absolutely livid inside - ah, but you'll have to watch it to see those hilarious scenes. 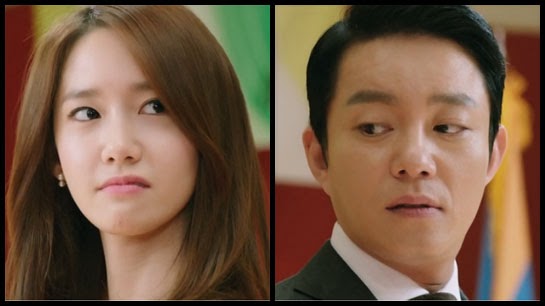 Dramas commonly use the first episode to set things up so you unfortunately don't get right into the relationship dynamics or start feeling a connection to the characters. Sometimes it even takes four episodes to get into the swing of things.  Not so with Prime Minister & I!  It hooked me right from the start as those smiling faces melted into expressions of derision. 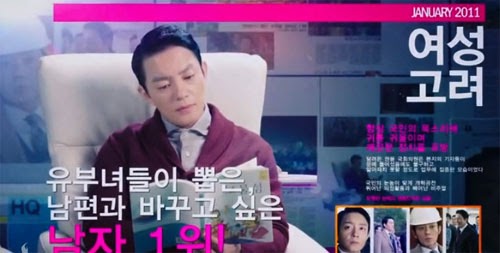 Definitely a playful comedy, graphics are used skillfully and information is given in an entertaining way. Instead of watching Nam Da Jung's boss giving a monologue, we get to see what he's talking about framed in headlines and magazine layouts.

Nam Da Jung's thoughts, imagination and storytelling are hilariously portrayed and over dramatically acted. Lee Bum Soo has proven himself to be a master at comedic performances, and I was very pleasantly surprised to see just how good Im Yoon Ah is as well. 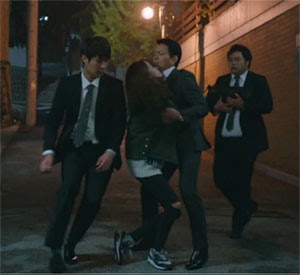 Together, their physical comedy is so in sync, you just want more of it. It's funny and at the same time impressive, to see Lee Bum Soo support Im Yoon Ah while being just an inch taller, and often looking shorter. Their lively scenes just add to the chemistry they generate despite the large age gap. They are actually 20 years apart, but Lee Bum Soo plays a dignifed 42 year old, while Im Yoon Ah portrays an immature 28 year old.

Enter the triangle; Chae Jung Ahn is 35 year old Seo Hye Joo, Kwon Yul's secretary who has long held an unrequited love for him. She's competent and stately, the complete opposite of the silly reporter who is fast becoming a thorn in her side.

But wait, there's another possible triangle looming on the horizon. Yoon Shi Yoon shows a more serious side of himself as Kwon Yul's capable new aide, Kang In Ho. He's all professionalism, but what is with those hidden looks of rage? He seems to have a soft spot for Nam Da Jung, though, which could get interesting.

Kwon Yul has another politician nipping at his heels; his brother in-law Park Joon Ki, played by Ryu Jin. I kind of fell for him in Baby-faced Beauty, so I'm happy to see him here even if he's being a baddie. Park Joon Ki is quite devious and is behind the whole scandal to begin with. Will his plans always backfire or will he cause real trouble? 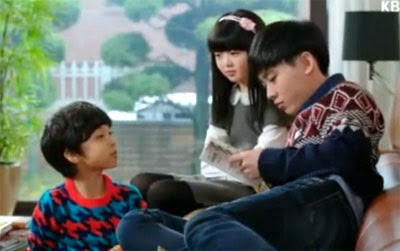 Now for the family part of this rom/com/family series. Lee Do Hyun plays Kwon Man Se, the prime minister's seven year old son. He is adorable and precocious! I'm glad to see him in a part that lets him express himself more. I've seen him in several other dramas, but the roles were too limited to let his personality really shine.

Jun Min Seo plays 12 year old Kwon Na Ra. I saw her most recently in All About My Romance, and she plays much the same role here; the grumpy girl with the bad attitude. She's good at it and has a unique look that accentuates her signature baleful expression.

Eldest brother Kwon Woo Ri is played by Choi Soo Han. I haven't seen him in his most recent performances, and his character hasn't had much screen time yet, but Woo Ri seems to be taking after his father, so it will be interesting to see how he regards Nam Da Jung.

The people around Nam Da Jung are great in comedic roles. Lee Han Wie, who seems to be in everything I watch, plays her father, Nam Yoo Shik. He suffers from Alzheimer's and a brain tumor, so while it's a sad situation, I'd imagine that there will be opportunities for some bizarre behavior coming up.

Editor Go Dal Pyo played by Choi Duk Moon, and Lee Min Ho as co-worker Park Hee Chul are our leading lady's professional colleagues, though "professional" might not be the most accurate adjective for them. Goofy and charming fit them better, and Nam Da Jung has to work hard to hide the truth from them. Everyone has to be convinced that her romance with the new prime minister is real.

I had been planning to write a First Impressions article after viewing just the first episode, but I couldn't stop, and ended up watching three in a row. Yes, it's that good, and from what I read of the synopsis, the magic hasn't even started yet.
Posted by Panda at 6:31 PM