I came across a few movies that have caught my eye for the upcoming months. I am sure its only due to the hot males stars in them. So let's get started with some synopsis info and trailers! 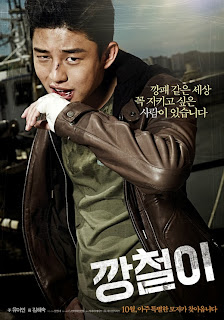 A legendary street fighter (Yoo Ah In) begins to clean up his act while taking care of his sick mother (Kim Hae-Sook). All seems fine and dandy until he is dragged into the crime world, doing all he can in order to pay for his mother's operation. Can he find peace and happiness in family or is he bound for disaster in the web of trouble and gangsters? Desperation is what makes us stronger
This movie marks a return for Yoo Ah In in film since 2011's Punch.

(aka Actor is an Actor) 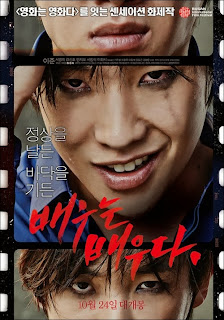 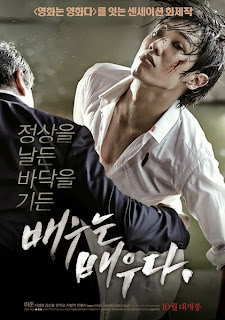 Lee Joon of MBLAQ plays an actor who becomes a star overnight. But fame comes with a fee as things become dark and the people around him are in danger.
The last thing I saw Joon in was Ninja Assassin back in 2009 though he was in Jungle Fish 2 as well (I think that was like 8 episodes.) The trailer has me highly anticipating the release of this movie as Lee Joon looks like he will play a very convincing role in this thriller. 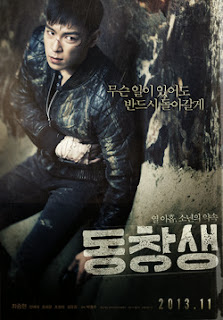 T.O.P is forced to become a a spy for North Korea in order to save his sick sister. While on mission, he portrays a high school exchange/transfer student. He becomes tangled with a girl in high school who shares the same name as is sister.
This movie will be released in November after a long delay as I heard it was completed way back in the earlier months of this year. Better late then never right? 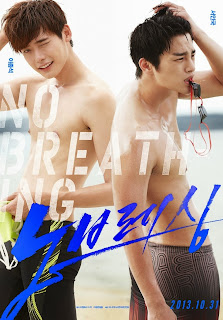 Seo In Guk and Lee Jong Suk star in a competive swimming movie. Of course they have a rivalry that seems to shift to friendship somewhere along the lines, and there's a love interest involved. Sorry for the sucky synopsis but all I see is shirtless hotties and my brain melted along the way.

I have to see ALL three four of these movies. Who knows? Maybe I can actually write a movie review soon.

Photos are copyright of their owners. We do not claim ownership. I randomly found them on line. No infringement intended.
Posted by Batzy at 9:34 AM