It's the rich chaebol and poor girl scenario again, and why not? It's a winning plot. I'm sure many fans, including myself, went into this with certain expectations and were thrown off by the fact that it didn't follow the standard routine.  I found the first four episodes of The Heirs refreshing and it whet my appetite for more.

The Heirs is a beautiful drama, and I mean visually stunning. From beaches to mansions to opulent hotel rooms; the locations and sets are lavish. They really serve to draw you into the world of the heirs, far away from ordinary mundane life.

Then of course, there is Lee Min Ho surfing and showering. A very nice start indeed.  The actors that played his American friends were less than stellar, however. His buddy, Jay, was like a caricature of a ditzy blonde California surfer dude and he played his part loudly with lots of over-acting. It was a bit painful to watch.

The chemistry between Lee Min Ho and Park Shin Hye feels very natural. They both have a soulful gaze, so it creates a special kind of warmth when they direct it towards each other. They are surrounded by a first class cast, so I have high hopes of sparks flying every which way as the story unfolds.

Kim Tan (Lee Min Ho) of Jeguk Group, has been exiled to America by his brother, who is the most important person in the world to him. He's ordered to go to school, have fun, and never return. When he sees Cha Eun Sang (Park Shin Hye) similarly pushed away by her older sister, a sense of kinship starts to worm its way into his psyche, paving the way for further entanglement.

I have to say, and I don't think this is too spoilerish, that I was surprised that Kim Tan's feelings manifested so early on. The tension is gone if he's already fallen, right? Not at all. This isn't your typical Girl-Meets-Glacier, Girl-Melts-Glacier drama. Kim Tan, regardless of how he might have been in Korea, (his ex-best friend is the bully of his school) is a nice guy.  He's sympathetic and vulnerable; not yet hardened. He's 18, lonely and feels he can relate to Cha Eun Sang. She's also a bit quirky and probably unlike anyone he's ever met. They both witness each other's weak moments, and they both respond with compassion. It makes sense that feelings would develop quickly.

But just because Kim Tan has realized his feelings, doesn't mean he's gotten the girl. Cha Eun Sang is not exactly cooperative, and watching Kim Tan's frustration is very entertaining. Once he woos her, there will be the class disparity issue to overcome. Then there's the fact that he has an arranged fiancée who is determined to hold onto him. He will also have to resolve the conflict with his brother played by the dashing Choi Jin Hyuk. And you just know he'll be going head to head with his ex-best bud, Choi Young Do played by Kim Woo Bin.  From what I understand, he's the second leading man, so it's a bit of a role reversal. Usually the SLM is the nice one, and the lead is the glacier/meanie. Reminds me of Man of Honor, which I loved, so I'm looking forward to this dynamic.

I'm so happy to see Kang Min Hyuk, he's absolutely adorable! But I have to say, that poof hair helmet he's sporting is not doing him justice. I keep thinking, "He's cuter than this!" Another bad hair style is the super structured do on Kim Woo Bin. I've always thought he was a bit strange looking, yet still wildly attractive, but he needs good hair. I hope they change it somewhere along the way.

Usually, the older crowd doesn't have a problem with hair and fashion, but poor Choi Won Young got stuck with a middle part and strange swoopy sides. And then Lee Min Ho started with good hair, however, by episode four it developed a strange half finger wave in the front that I suppose is designed to make him look younger. After seeing the preview of episode 5, it appears there's a good chance that this style won't linger. I'm keeping my fingers crossed. 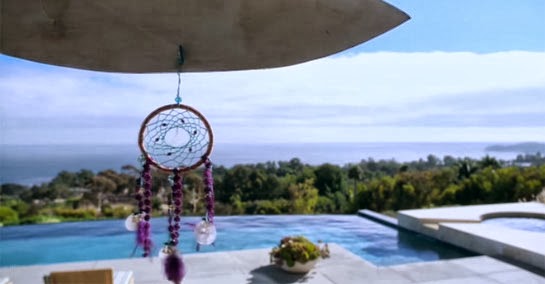 If hair is the worst thing I have to complain about, and it is, then this drama is off to a great start. It employs familiar themes and expresses them in fresh ways. At first I was disoriented that it wasn't going down the beaten path, but now I'm delighted. So far this drama has delivered on effective pacing, an interesting story, and magical moments (melting moments too!) that stay with me long after I've turned away from the screen. 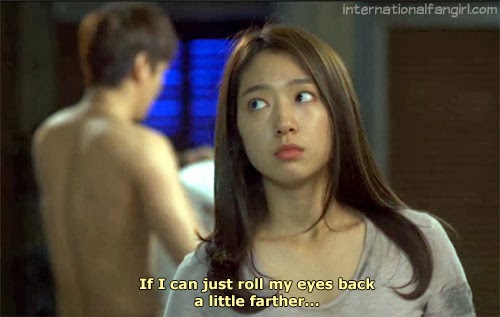