Hana Yori Dango (Boys Over Flowers) was based on the manga by Yoko Kamio that enjoyed serialization from 1992 to 2003.

The anime version was still a year away, but it seemed as though director Yasuyuki Kusuda was trying to achieve the feel of an anime with this film.  It employed some of the comedic techniques used in Taiwanese productions;  over-exaggeration in movements and amplified delivery of lines that you would normally see in a stage performance where actors are playing to a large audience. But there's also the slapstick treatment of scenes that they really could have done without.


For those new to Hana Yori Dango, the story is about a plucky girl named Makino Tsukushi who finds herself attending the elite Eitoku Academy.  Four of the richest boys in school make up the group F4, named so because they are as beautiful as flowers.  The group's leader is Domyouji Tsukasa who rules the school by bullying others and manipulating the students to attack his targets.

When Makino defies Domyouji, he takes an interest in her.  But she turns to Domyouji's best friend, Hanazawa Rui.  Over time, this triangle learns to understand each other and discover their true feelings.

F4 arrives without much dignity.  In fact, they seem downright friendly as opposed to their manga counterparts.  The characters of Nishikado Soujirou and Mimasaka Akira, though always treated as side characters, were little more than extras in the film.  So much so, that I could not find a single well lit close up of either of them. 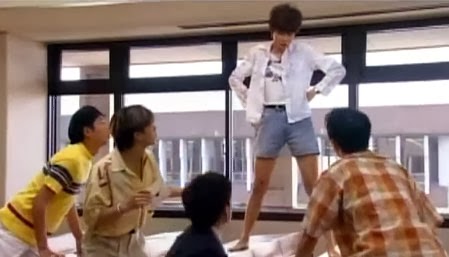 Visually, the film had little charm.  While scenes that included the primary couple did focus on each of their faces while they were talking, scenes with other characters would still focus on the lead actor while someone else was speaking.  The lack of dynamic camera angles coupled with the Jim Carrey-ish over-acting of the leads (Uchida Yuki as Makino Tsukushi and Tanihara Shosuke as Domyouji Tsukasa) made the production seem more like a play.  In the scene where Makino is in serious danger from four students Domyouji has sent to bully her, it looks like she's about to burst into song.

Special effects were used to make Makino's flying kick into Domyouji look like a children's cartoon.  The bullying that Makino suffered from the student body was also trivialized by speeding up the film. Understandably, they had to find a way to squeeze a lot into 78 minutes, but it completely changed the tone of the story, taking away any tension.  Did I care that Makino was being bullied?  Not really. 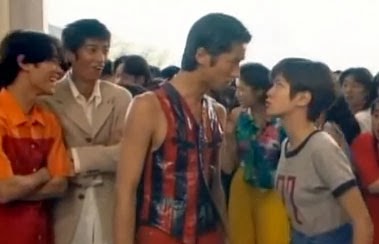 Tanihara did convey some emotion and sincerity as Domyouji, however, Uchida was not able to do the same as Makino, therefore their chemistry was non-existent.  Fujiki Naohito was more subtle and true to the nature of Hanazawa Rui, but he was unable to connect with the Makino character either.

The film took us to mansions and the beach to convey the affluent environment, but noticeably repeated the wardrobe, which cheapened it.  This is something that I could have overlooked if either the direction and photography been skillfully handled, or the acting had been on a professional level.

While the movie did cover key elements of the manga, it lacked the heart and soul needed to make the audience care.  The film took us up to the moment Makino learns what is really in her heart, and ends with colorful line dancing. 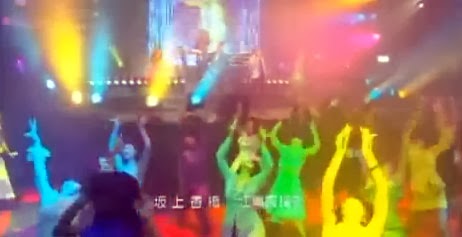 Uchida Yuki was a popular model, idol and singer in the 90's and recorded the opening theme song for the film. She, Tanihara Shosuke and Fujiki Naohito were just in the early stages of their acting careers with this film and went on to become quite successful.  I'm really not sure whether it was more their inexperience, or more the director's failure that produced such a low quality film.  For fans of the manga, anime or dramas (there have been Taiwanese, Japanese, Korean and Chinese versions so far, with an American version to air in 2013) I would suggest skipping this one.
Posted by Panda at 11:50 PM