Insooni is releasing her 18th studio album, 'Umbrella' and marks her 35th anniversary since debut.
This video is an epic display of guerilla marketing when she walks aboard a subway train and begins to perform. She struts her stuff with powerful vocals and a diva attitude to match. The song is empowering and is a positive anthem that only a woman like her can belt out.

Debuting in the late 70's, in a girl group, she has worked hard to make herself known. She is also of mixed-decent (her father is African American and mother is Korean) so while she was growing up, had to deal with the struggles of being accepted in society.

I first saw her randomly on a YouTube video while searching for "Yeollie" of Infinite. My first thoughts were 'Who is this awesome lady with such charisma and flare?' I figured if you don't know who this 56 year old woman is, now is the time to get with the program people. 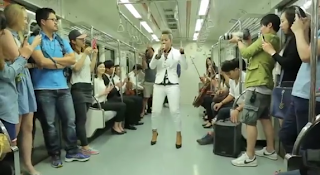 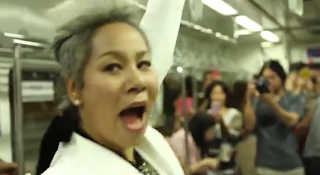 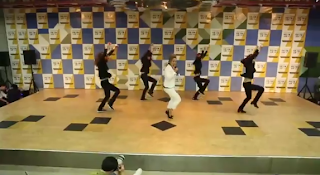 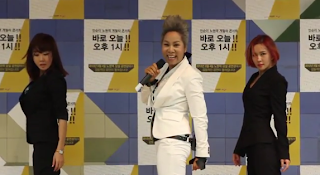