Review:// Marry Him If You Dare

Marry Him If You Dare is about a 32 year old call center employee who gets approached by her 57 year old future self, trying to set her on the right path to happiness. And the way to do that, would be to marry a different man than the one she is soon to meet. Seems easy enough as long as something like fate doesn't get in the way.

With a triangle involving Yoon Eun Hye, Lee Dong Gun and Jung Young Hwa, and written by Hong Jin Ah of the award winning The King 2 Hearts, expectations were high.

I was delighted to see Choi Myung Gil as the future Na Mi Rae. She was able to convey Yoon Eun Hye's goofy spirit of the character in a way that would have been refined by the passing of time. Though noticeably, the fashion of the future is ill fitting. Yoon Eun Hye's hair, though, was an entity unto itself and not in a good way. I kept getting distracted by how horrible it looked. I can understand making the character a hot mess to start with so they can be remade later in the drama, but I think it was taken a bit too far this time. Nevertheless, Na Mi Rae has a beautiful spirit and is willing to cast off the shackles of her old self to embrace a new beginning, albeit not exactly how her future self wants her to. 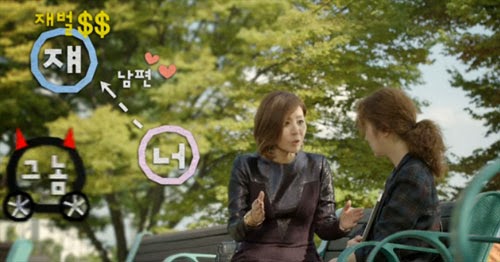 In the beginning of the drama there were amusing animations which curiously didn't continue throughout. Perhaps they thought it gave the series too much of a comedic atmosphere, but I was disappointed that it wasn't carried on. 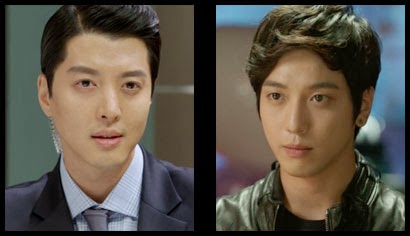 Lee Dong Gun plays Kim Shin, a television anchor and Na Mi Rae's future husband. It's always nice to see an offensively rigid character soften and change, making us confused because we were so rooting for the second leading man to get the girl.

Jung Yong Hwa as second leading man, Park Se Joo, was a fangirl's dream. After the lukewarm You've Fallen for Me, it was nice to see Jung Yong Hwa play a more charismatic, expressive character. He's grown as an actor and I'm excited to see what he does next.

The second leading lady, Seo Yoo Kyung, was played by Han Chae Ah. She portrays the same annoying personality that she did in Oohlala Spouses and All About My Romance. But she does a good job of it, and manages to conjure up some chemistry as well, though not to the end I was expecting. 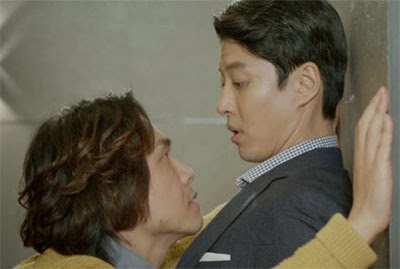 The side characters also did a great job, especially Oh Jung Se as Na Joo Hyun, Na Mi Rae's brother. His interactions with present and future Mi Rae as well as her potential husbands, was complex and heartfelt, and at times hilarious.

In terms of human relationships and personal growth and determination, the drama succeeded. However, there were significant flaws in the writing that could not be overlooked. The ratings saw a steady decline from the first episode to the last (nationwide 8.4 - 3.6 TNmS and 9.7 - 4.1 AGB Nielsen) so I wonder if the original script was scrapped to make rewrites in an effort to turn things around. If so, with the way things ended, it would have been better to go with the original. If not, then I'm quite disappointed with Hong Jin Ah's writing. 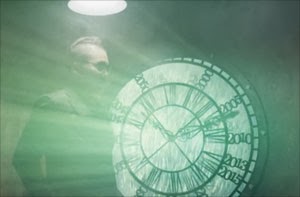 This might be a bit spoilerish, so be warned. I'm not going to give details on how events unfolded, but if you want to know absolutely nothing about the drama aside from a basic synopsis, then you should forego the rest of the review and just know that my overall rating is a 5.

I enjoy time travel scenarios and I don't mind the inconsistent causal loop, meaning that if the future person goes back in time and changes things, then the situation wouldn't have occurred for them to have had to travel back in time in the first place. It's ok with me that one reality happens and still exists underneath the new reality that is written.

This is the circumstance with which the drama first presents itself. However, it's later revealed that we're dealing with a multiverse, and a ridiculous and extremely unlikely scene is added to support this new reality. At the end, an event happens that could only occur in a singular universe and not a multiverse. Please stick to the rules of whatever theory you are employing!

And finally, even if you can accept that all the geek stuff doesn't work, the ending was ridiculous because there wasn't an end. It was as if the writer didn't know where to take it from there, got lazy, or they had done so many messy rewrites that there wasn't any time to bring this drama to a conclusion. We are brought to the deciding scene, and then the credits roll. It's a write-your-own ending, we're not producing it, so have fun in your imagination type of ending. The worst there is, in my opinion.

Although there were some good messages about becoming your own person, and about trying to change the world even if it's like pouring a little pure water into a polluted ocean, it just wasn't enough to counteract the drama's shortcomings. Watch at your own risk.
Posted by Panda at 8:49 PM