Eye-catching teaser has been released for new 9 member boy group BTL, Beyond the Limit. The website at Kiroy Company seems to be down (at the moment that this was posted)due to extreme traffic that they just cannot handle. The boys show off some martial arts like moves with special effects and it doesn't hurt that they are all shirtless. I am expecting some fierce choreography along with a lot of charisma from these boys. And though, at first, I was slightly reluctant to even care for hearing about them because the name was too similar to my boys BTS, or BLT, bacon lettuce and tomato,(That's a petty reason not to give these guys a shot.) the view of abs all over the place changed my mind pretty quickly and I decided hell why not give them a shot.

Based on the photos I've seen of the boys on SNS, the concept seems to be a masculine, rogue ninja vibe. Some members have their faces covered, one wearing a 'BANE' like face mask. Each member holding different items, majority of them holding weapons which include a bow, and hockey stick. One member did catch my eye as he was holding a martini glass. I'm cool with that. Their logo has a vibe that seemed quite similar to the logo of 'Transformers'.

Scheduled to debut on May 15th, I do hope BTL has a strong debut to match the powerful teaser and photos that have been released before hand. Fighting! 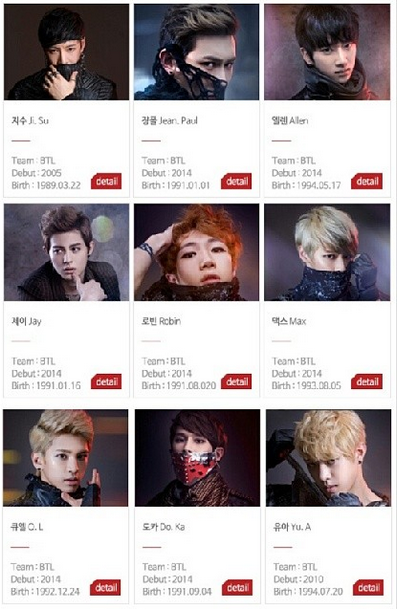 (source: Instagram: btlofficial)
For a more indepth look at their profiles check out this post on Gurupop.