Review:// Bride of the Century 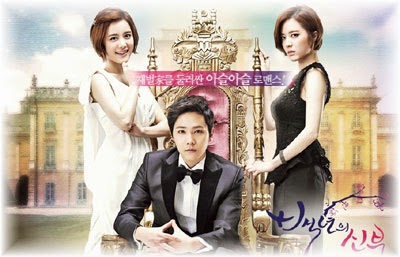 At the heart of this drama is a 100 year curse that claims the life of the first bride of each first son of the Choi family. Of course the Choi family is extremely affluent, as they run Taeyang Corporation, the largest conglomerate in South Korea.

We start in the past with servants gossiping about the curse that will soon claim their master's new bride. Meanwhile in the newlyweds' chamber, Yang Jin Sung plays a bride, who presumably will have a connection with a one of her modern day counterparts. 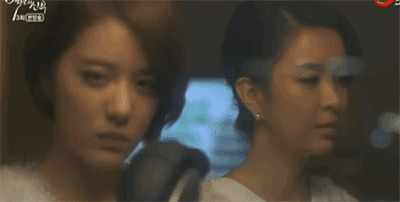 Our villains come in the form of mother/daughter team Ma Jae Ran (Shin Eun Jung) and Jang Yi Kyung. After discovering Na Doo Rim who looks exactly like Yi Kyung, they devise a plan to beat the curse and save their company in the process. The two women are a perfect pair; cold and ruthless with flickers of humanity. Dim flickers.

Doo Rim is thrown into a world that she doesn't really fit into, between the iceberg, Choi Kang Joo, and his suspicious assistant, Lee Roo Mi. Second Leading Lady? Yes indeed. Jang Ah Young plays the cold and poised daughter of decent pedigree, and who has an earnest heart, in a way that evokes both resentment and sympathy.

The chemistry between Kang Joo and Doo Rim is the best thing about this series. Doo Rim's mistakes and bright bumbling personality get under Kang Joo's skin which Lee Hong Ki expresses in such a gratifying way. His exasperation, wrinkled brow, looks of disgust and fits of frustration are all steps on a familiar path that we all know and relish; kdrama love!

The funniest kiss I've ever seen in a Korean drama, or any drama for that matter, is received by Kang Joo, whose sound effects are not to be missed.
﻿

Jang Yi Hyun (Sung Hyuk) is our sweet and protective Second Leading Man. Though the situation may be a little on the weird side, you have to love a man who really only cares about the person on the inside, ignoring everything else. 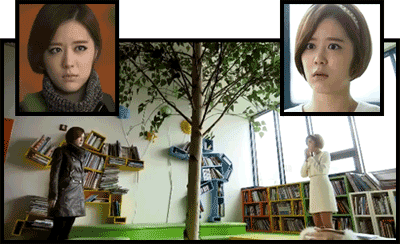 Yang Jin Sung played both the good and evil archetype so well, it's hard to believe this is her first leading lady role in a drama. I really saw her as two different people, despising Yi Kyung and adoring Doo Rim. The different makeup styles had a part in it, but Jin Sung has a separate aura and look in her eyes for each character that is undeniable.

Getting back to the curse, the supernatural element of the story is portrayed with lighting and wind. Nothing fancy, but it does set the tone satisfactorily without detracting from the story. The spirit attached to the family provides mystery and suspense which gives rise to more questions. However, it all makes sense in the end.

A shift back in time is shot beautifully and gives us insight and understanding as dots are connected and karma is generated. Even after everything falls into place in the present, the past makes one last appearance to complete the puzzle and you just have to wonder how boring life would be without misunderstandings.

As a bonus, we have eye candy in Jung Hae In who plays Choi Kang Joo's idol brother, Kang In. He is a bit like Doo Rim with a positive attitude and indomitable spirit. While our leads give us plenty of comic relief, Hae In provides breath-of-fresh-air relief. Hopefully his part will be bigger in The Three Musketeers which starts filming next month.

The cast is well rounded with subplots that are tended to, and come to fulfilling conclusions. Together with a ballad rich soundtrack, beautiful locations and soft focus photography, Bride of the Century is a decidedly romantic drama with a heavy dose of intrigue.﻿
Posted by Panda at 12:18 PM