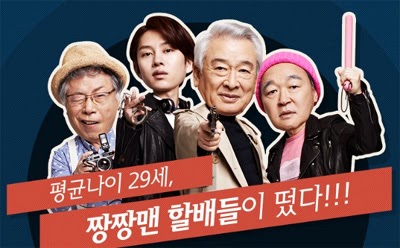 tvN's 12 episode comedy, Flower Grandpa Investigation Team, is light-hearted and a little cheesy... okay, a lot cheesy, but it's the good kind of cheese. Yummy and cute.

The team of detectives come across a particular scene in their investigation. Old men being held prisoner in a tank, yet their posted laboratory charts identify much younger men. They jump in to free the captives, only to suffer the same fate - instantly aging about 50 years. Well, three of them did. It's a mystery as to why Park Jung Woo was not affected.

Han Won Bin (Park Min Woo/Byun Hee Bong) is the Chief Inspector renown for his intuition and charm with women. His weakness is that his obsession with cleanliness can ruin an investigation.

Jun Kang Suk (Park Doo Shik/Jang Kwang) is an Olympic boxing gold medalist. He's in the top 1% of Korea's policemen in terms of endurance and speed. His flaw is that he's easily deceived.

The token female on the team is Jung Eun ji (Lee Cho Hee). She has the best sense of smell in Korea's police force, including the dogs. The problem is that she has an unreasonable love of eating and will munch on evidence without realizing what she's doing.

Park Jung Woo (Kim Hee Chul) is the chief's son, and also a top investigator. He attended the Police Academy with Lee Joon Hyuk and they took turns being in the top spot. He's personable and a bit lazy, though, while Joon Hyuk is cold and motivated. 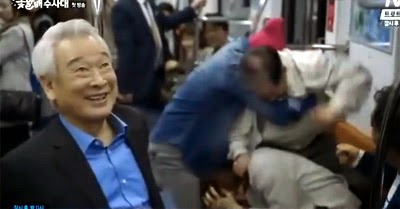 The team convinces their superiors to let them continue to work, while trying to find a cure for their sudden aging. Since two of the grandpas are actually younger than Jung Woo, the use of honorifics or lack thereof seems odd to onlookers and co-workers alike.

The elders are a perfect match for their younger counterparts. They adjust to their new bodies, but continue to express their young personalities and the results are quite entertaining. Although it does prompt the audience to wonder how it would feel to be in that predicament. 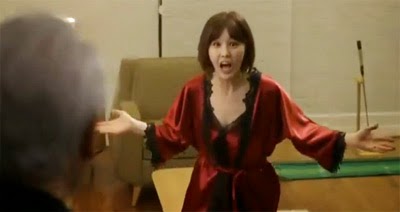 Joon Hyuk has the additional problem of not being able to stay at his apartment due to his fiance, the affluent Han Yoo Ra (Park Eun Ji). As a result, he spends more time with his dysfunctional family and may end up having a closer bond with them in the end.

In the meantime, the team is reassigned to take the cases that no one else wants. It seems the series will be episodic in that sense, while an ongoing search for answers will ultimately culminate in a happy ending.

Jung Woo is supportive of the grandpas and they all work well together, even as Won Bin and Kang Suk stumble after losing their greatest attributes. Eun Ji is foolish, but talented, and a good counterpart to Joon Hyuk's seriousness. Her crush on him has not diminished with his transformation, and you have to wonder if anything will come of it. 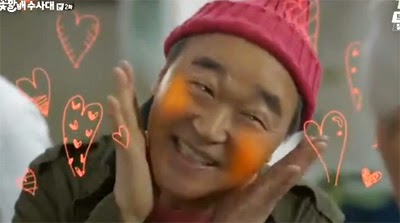 Flower Grandpa Investigative Team's cuteness is accentuated with special effects. We see Lee Soon Jae, Byun Hee Bong and Jang Kwang so often in supporting roles that it's nice to see them frolicking about as the leads. Kim Hee Chul's acting has improved dramatically since I saw him in Bad Family, and Lee Cho Hee rounds out the team nicely.

This series is the perfect lighthearted escape, and a good alternative for those who may be getting bogged down or burnt out on melodramas. It's a nice cheesy treat for summer!
Posted by Panda at 10:31 PM