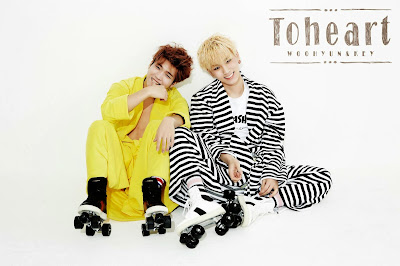 WooHyun of Infinite and Key of SHINee, come together to form ToHeart. They have release several teaser photos and short videos to promote the duo. The teaser for Delicious was released today and the two look cute together.This song has a funky jazz like feel and the video set as fun and colorful.Their friendship before forming this group helps with the chemistry and act of being comfortable together. I look forward to seeing these chic and power players in action as the time passes.

The tracklist of the album has been released as well. This is also a push with the set comebacks for both Infinite and SHINee in the near future.

Infinite is also set to have comebacks scheduled for Infinite H (Hoya and Dong Woo) as well as a release set for Infinite F. Infinite F is a subunit that was unveiled recently at their concert that consists of the maknae line vocals/visuals, L, Sung Jong and Sung Yeol. 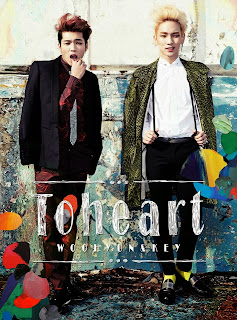 We have to wait until March 10th for the full MV.