Review:// You Who Came From the Stars

There was a lot to love about this noona-killer rom/com fantasy melodrama. A little gem at the end of each episode contained an extended scene which revealed more of the story. Funny or touching, it was always something to look forward to, and you could often pinpoint which scene was going to be expanded upon beforehand.

Kim Soo Hyun  plays the alien, Do Min Joon, who was stranded on Earth 400 years ago. He meets a girl in the Joseon era who makes a deep impression on him. Now, just as the opportunity to return home arises, it seems he has met her again. 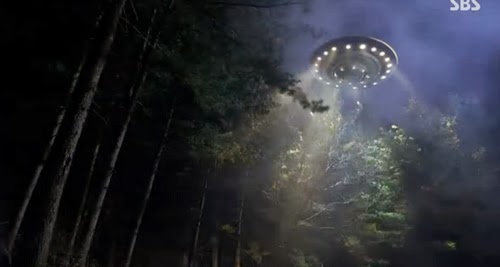 Do Min Joon has a variety of powers, including the ability to stop time for a short while. His abilities were portrayed in a believable way and the special effects were done well. Though powerful, he is not omnipotent, and tension is created when his limitations make him vulnerable. Kim Soo Hyun played the iceberg role well, especially as he subtly warmed up, and was at times overtaken by his emotions. Batzy-chan loses it when he cries.

The award for standout performance, though, has to go to Jun Ji Hyun who plays the self absorbed Hallyu actress, Chun Song Yi. She does beautiful, tough and dignified well, which makes it such a riot when she plays wild, goofy cray cray. Her psycho facial expressions and contorted postures were over the top, but completely in keeping with the story, and made the arrogant Song Yi into a lovable character.

Multiple references and parodies throughout the drama added another dimension to the entertainment. From Min Joon and Yoon Jae's E.T. moment, to the unexpected scene from Heirs in episode five, to historical figures showing up in the Joseon era flashbacks, the story becomes connected to the world around us.

Then there was the noona who all fangirls could relate to. Bok Ja owns a manhwa cafe and sees otakus all day, but gets breathless at the sight of flower boys. Don't we all? Second leading man, Park Hae Jin is nothing to sneeze at. Although it's impossible to sway my heart when the iceberg is Kim Soo Hyun, I did feel for the sweet devoted character of Hwi Kyung.

The drama really was wonderfully cast except for perhaps Yoo In Na who played a rather dispassionate supporting role. The rest came across as heartfelt and memorable, even the goofy otakus.

There were also a lot of fun cameos including Suzy who thought that professor Do Min Joon looked like her old boyfriend Sam Dong, who Kim Soo Hyun played opposite her in Dream High.

Shin Sung Rok portrayed the sociopathic villain so well, I don't know how I'll ever be able to see those eyes in any other light. His cunning was a chilling match for Min Joon's powers, which is a testament to how effective an antagonist he was.

The writing, photography, pacing, romantic push and pull, and the handling of the fantasy aspects were all done so perfectly, that the stumble at the end was extra disappointing. The saving grace is that I did like the end result, but the way it was arrived at departed from the drama's own logic. The ending was unpredictable only because it involved a concept that didn't make sense, had no correlation to the other events occurring, and was never alluded to previously and so did not seem connected to the rest of the story.

All in all, it was a fantastic romance that will make you laugh out loud and get teary eyed, if not bawl (Batzy-chan). Most of it is brilliant, and the rest is forgivable as long as you can live with unanswered questions. 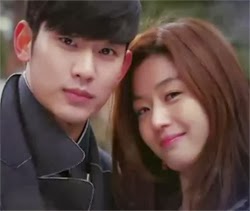