Welcome to She's All That; because fangirls adore, admire, and sometimes hate... other women. Our first SAT is a cutie patootie who I love to death, not just because she's super adorable, but because she's bursting with personality and talent. 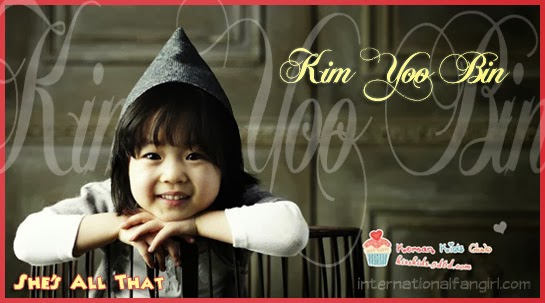 Yoo Bin started as a CF model at the young age of two. In 2007 she was featured in the Central Election Commission commercial. Then in 2008, she appeared for CJW Matseonsaeng and Ahtopam.

In 2010, Yoo Bin played Sung Ye Eun, Chae Rim's introverted daughter in Oh! My Lady. The role required her to be subdued, and she did a great job! She became very close with Choi Si Won during filming, and they would refer to each other as daddy and daughter.

Yoo Bin appeared in the 165 episode melodrama, The Scarlet Letter which ran from August 2010 to April 2011 on MBC. Actually, 2011 was quite busy for her as she appeared in four other dramas that year. In Crime Squad, she played Song Il Gook's daughter, Park Hae In.

In 49 Days, Yoo Bin played young Ji Hyun. It was a small, non-speaking role with no sexy daddy to dote on her, but she showed her bright smile - so cute!

In her role as Kim Ah Kang, Park Shi Hoo's niece in The Princess' Man, Yoo Bin got to show more of her personality. As an aristocratic young lady and subsequently, as a charming refugee, she was poised and delightful. 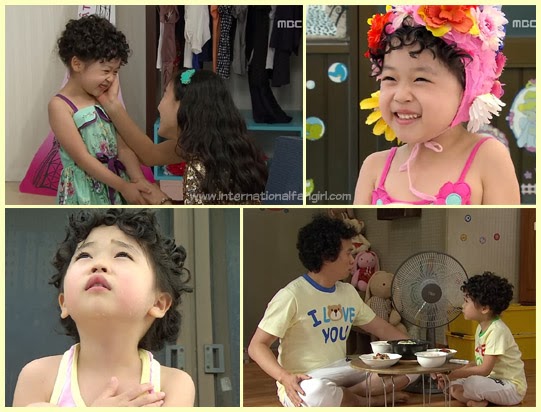 In the 57 episode Hooray for Love, Yoo Bin played Nam Da Reum, and sported matching curly locks with drama daddy, Ahn Sang Tae. She had so many line intensive scenes, that even if her charismatic performance hadn't have stolen the show on its own, I would have still been mightily impressed.

In 2012, Yoo Bin appeared as Kang Ha Neul's baby sister in To the Beautiful You. She was the rebel with the attitude, the sweetie with the ecstatic smile, and the earnest dongsaeng who of course, made her brother a better person.

Yoo Bin received her first movie credit for the 2013 thriller, Psychometry (The Gifted Hands). As Da Hee, she portrays a precocious child, living with her alcoholic father, and targeted by a serial killer. Her body language and expressions throughout the film proved that she not only takes direction well, but she possesses immense natural talent for acting.

Also in 2013, Yoo Bin paired up with another gorgeous daddy, Lee Dong Wook, in Mandate of Heaven (Heaven's Will: The Fugitive of Joseon). She plays Choi Rang, the chronically ill daughter of the royal physician who eventually becomes a fugitive. Once again she takes us through a range of emotions with a maturity that belies her young age. 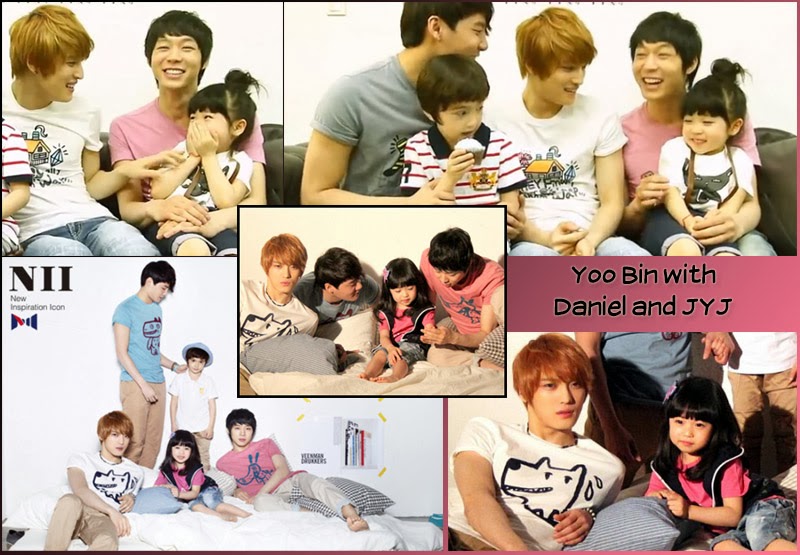 It's not just her acting that pairs her up with dream teams, Yoo Bin's quite fortunate with her modelling as well.

With her hard work, talent, and extreme adorability (yes, being adorable is an ability!) Yoo Bin is bound to continue to win awards in a long and successful career full of enviable daddies and the hottest leading men. I shudder to think of how old I'll be when she steps into the lead roles of rom coms, but I also can't wait.
Posted by Panda at 3:02 AM