God's Gift - 14 Days started off as a clever suspenseful mystery that gripped the audience right from the start. The cast was outstanding, but Jo Seung Woo stole the show with his charming portrayal of the roguish private investigator, Ki Dong Chan. 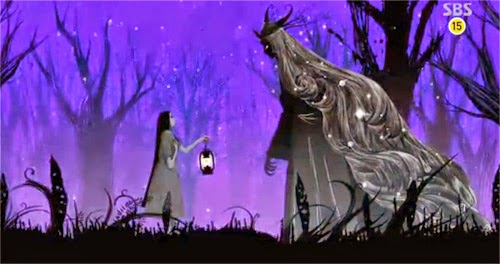 The story starts out with the animated depiction of a fairy tale that foreshadows the quest Kim Soo Hyun (Lee Bo Young) will undertake to save her daughter. It's beautiful, chilling, and the perfect prelude for what is to come.

The introduction to Soo Hyun's family dynamic with husband Han Ji Hoon (Kim Tae Woo) and Han Saet Byul (Kim Yoo Bin) is thoughtfully portrayed. Life is less than perfect; it feels so normal and organic that it makes the suspenseful aspects of the series even more disconcerting.

It's advisable to pay attention to each event leading up to Saet Byul's kidnapping and murder because after Soo Hyun goes back in time 14 days to save her, the second timeline will be compared to the first every step of the way. Differences will be pondered, more of the first timeline will be revealed, and fate will be frustratingly tenacious.
The method of time travel used isn't really explained, and it's acceptable for it to be considered a gift from God. It happens at a crucial moment when Soo Hyun and Dong Chan are in the same place, and thus they both go back in time to discover their connected fate and try to set things right.

Kim Yoo Bin is growing up with the role of rebellious Saet Byul. As the daughter of broadcast writer mother Soo Hyun, and human rights lawyer Ji Hoon, she is independent and a girl who knows her own mind. This can lead to parent-child clashes, but far from being a simple brat, Saet Byul has a kind heart and tries to take care of the people around her.

Soo Hyun and Dong Chan work together, as they are the only ones with memories of the first timeline. Dong Chan also has urgent issues to attend to, though the true gift of time travel for him is the clarity he achieves while he strives to help Soo Hyun save her daughter.
As the driving force of the plot, this couple creates a powerful synergy. However in the last half, their intelligence seems to drain away and they bring to mind chickens running around without their heads. It was frustrating to see them take leave of common sense and lose ground for no good reason whatsoever.

As time goes on, more lives are at stake, and things aren't always as they seem. Layers of the past are revealed and connections are made that show fate to be quite frightening. This is God's Gift's strength.  Conversely, the overuse of red herrings becomes tiresome and brings down the drama's level of sophistication. 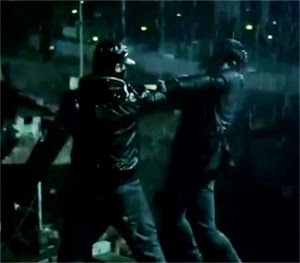 Even with its flaws, the dialogue, premise, action and cinematography were enough to make this drama one of the best of 2014 - until the last episode which took it down several notches. It was as if the production ran out of money and didn't have time to shoot the ending, so they left it to the audience to imagine the ending for ourselves.
Installment 16's editing was patchy, and the retribution I had been anticipating was never acted out, only referred to. Resolution was provided in a few seconds-long scenes for some of the characters, while others were never attended to at all.
Worst of all, they ended with a gimmick. Instead of having a definitive ending that we could either smile or cry over, the writer decided to make it ambiguous so we could decide on our own - lazy, anyone? The last note was so abrupt that the production just felt unfinished and unfulfilling.

Highlight the white text below for comments on the finale.